From Wikipedia
https://en.wikipedia.org/wiki/Independence
Condition of a nation with self-governance
Not to be confused with Interdependence.
For other uses, see Independence (disambiguation).

Chile, one of several Spanish territories in South America, issued a Declaration of independence in 1818

Prince Pedro surrounded by a crowd in São Paulo after breaking the news of Brazil's independence on 7 September 1822. 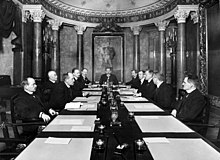 The Finnish Senate of 1917, Prime Minister P. E. Svinhufvud in the head of table. The Senate declared Finland independent on 4 December 1917, and it was confirmed by parliament 6 December 1917 [1] which became the Independence Day of Finland.

Independence is a condition of a person, nation, country, or state in which residents and population, or some portion thereof, exercise self-government, and usually sovereignty, over its territory. The opposite of independence is the status of a dependent territory.

Whether the attainment of independence is different from revolution has long been contested, and has often been debated over the question of violence as legitimate means to achieving sovereignty. [2] In general, revolutions aim only to redistribute power with or without an element of emancipation,such as in democratization within a state, which as such may remain unaltered. For example, the Mexican Revolution (1917) chiefly refers to a multi-factional conflict that eventually led to a new constitution; it has rarely been used to refer to the armed struggle (1821) against Spain. However, some wars of independence have been described as revolutions, such as the ones in the United States (1783) and Indonesia (1949), while some revolutions that were specifically about a change in the political structure have resulted in breakaway states. Mongolia and Finland, for example, gained their independence during the revolutions occurring in China (1911) and Russia (1917) respectively. Causes for a country or province wishing to seek independence are many, but most can be summed up as a feeling of inequality compared to the dominant power. The means can extend from intended peaceful demonstrations as in the case of India (1947), to a violent war as in the case of Algeria (1962). In some cases, a country may also have declared independence, but may only be partially recognized by other countries; such as Kosovo (2008), whose independence Serbia, from which Kosovo has seceded, has not recognized. [3] [4] [5]

Distinction between independence and autonomy

During the 20th century wave of decolonization colonies gained rights to independence through documents such as the 1960 Declaration on the Granting of Independence to Colonial Countries and Peoples, but this right remained mostly applicable only to unfree territorial entities, such as colonies. [6] How much these rights apply to all people has been a crucial point of discussion. The rights to nationality and self-determination allow clarification. The right of self-determination allows self-governance, as for example in the case of indigenous peoples, but is not a right of secession, except in extreme cases of oppression as a remedy from the oppression. [7] Therefore the right to secession is generally determined by the legislation of sovereign states and independence by the capacity to be a state. 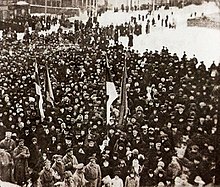 Celebrating of the Estonian Declaration of Independence in Pärnu, Estonia on 24 February 1918 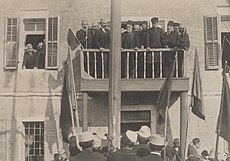 Historically, there have been four major periods of declaring independence:

Wikiquote has quotations related to Independence.